Kopecky: “Paris-Roubaix is the race I’ve always dreamed of”

When you say Paris-Roubaix, you say cobblestones. Lots and lots of cobblestones. The men’s edition of the northern French cycling classic has been held since 1896. And this Saturday, for the first time in history, the women’s edition of the ‘Hell of the North’ will take place. Eurosport nutrition is represented by UCI Women’s WorldTeam Liv Racing, the team including Belgian champion Lotte Kopecky.

For a long time, riders have been lobbying hard for a women’s edition. Two years ago, organizer ASO finally announced the good news. Due to the corona virus, it took a little longer before the actual start could take place. The 2020 edition was cancelled because the situation in the north of France was not safe enough. This year’s edition was moved from spring to early October. This Saturday the big day is finally here.

A course of over 116 kilometres has been mapped out. After the start, the peloton will ride three local circuits in and around the starting city of Denain. From there, the women will head towards the world-famous velodrome of Roubaix. In the last 85 kilometres, there are as many as seventeen cobbled sections, including Mons-en-Pévèle, Camphin-en-Pévèle and Carrefour de l’Arbre – in the past all too often the scene of breath-taking cycling battles between the men – awaiting the combative women riders.

Lotte Kopecky, a poster child for Belgian women’s cycling, is planning on keeping the pressure as low as possible. “I had setbacks at the Olympics. And the world championships in Flanders did not turn out the way I expected. I had high hopes for those races. That’s why I’m going to approach Paris-Roubaix, an absolute cycling classic, in a very different way: I primarily want to have fun on Saturday. Then we’ll see where that leads me.” 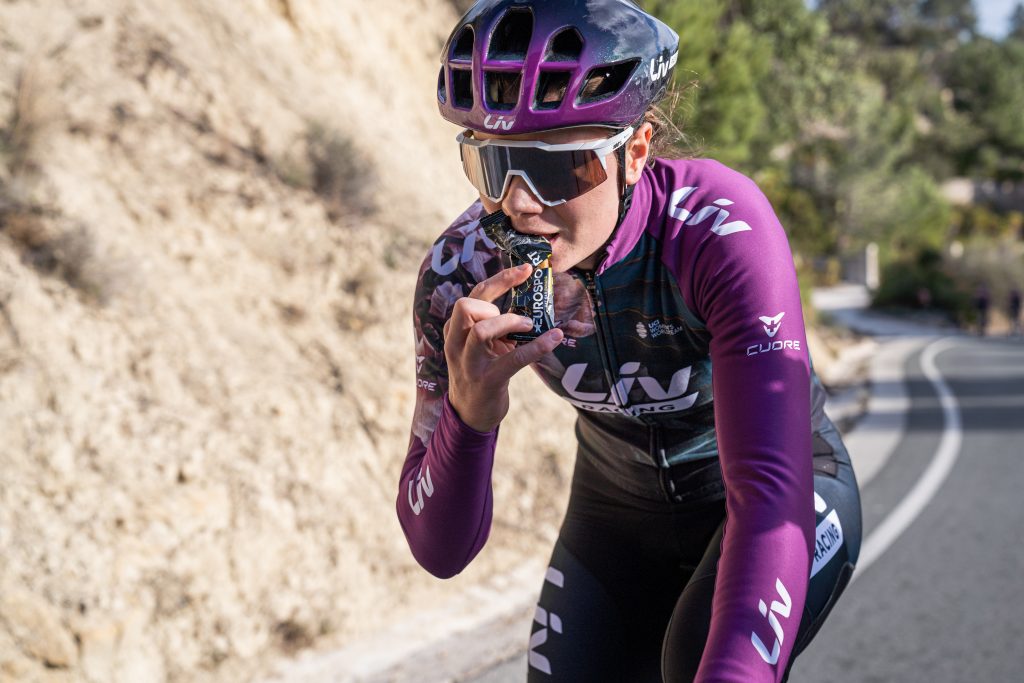 In the last few months she has set out on a recon of the cobbled course six times. “As soon as it was announced that Paris-Roubaix was given the green light, I went over there. So I know the cobbled sections by now. But if that is going to help me much? Honestly, I have no idea. The cobbles were different at every recon. Sometimes wet, sometimes dry and with lots of sand. Sometimes the sides of the sections felt better to ride than other times. That’s why I took off to the north of France again on Monday for a final reconnaissance. Just to check out the current status of the course. Camphin-en-Pévèle and Carrefour de l’Arbre, sections five and four in the deep finale, are extremely tough.”

On Monday, it was raining during the trial run. “At the moment, they are predicting rain for Saturday as well,” says Kopecky. “For everyone in our peloton, it will be the first time, and everyone has a certain idea of how the race will go. Then also taking the rainy weather into account, I expect it to be an extra nervous race. My job is to be vigilant, stay on the bike and try to avoid equipment failure. I am really looking forward to it. This is the race I always hoped would come. Even as a kid I dreamed of a Paris-Roubaix for women.”

Kopecky, who has already been successful this season in the Ceratizit Challenge by La Vuelta, Lotto Belgium Tour, Lotto Thüringen Ladies Tour and Le Samyn des Dames, was given advice earlier this year by none other than Fabian Cancellara, ambassador of Eurosport nutrition. For the Belgian television programme Extra Time Koers, cobblestone specialist Cancellara picked up the phone to advise Kopecky on the best way to conquer the cobblestones. “Being Belgian, I grew up being a big fan of Tom Boonen, naturally. But Fabian Cancellara certainly was way up there with him. It was amazing to speak to him and to get his advice.”

With the addition of Paris-Roubaix, the women’s peloton already has its first victory in its pocket. “There are a lot of appealing races that are now getting a women’s edition, which of course is also due to the ever-increasing level of women’s cycling. People are realising that women’s races can be attractive. That’s a good thing for our peloton. The calendar is already pretty full at the moment. If more races are added, it’s unlikely that the teams will be able to appear at the start with a full-fledged squad. In women’s cycling there are generally fewer riders to select than with the men. But in the long run I would definitely be up for a race like Milan-San Remo. Maybe even for a long one of over two hundred kilometres. Let’s hope it will come to that one day.”