Laurenz Welsch is a rising volleyball star in Germany. Last season he made his debut with the WWK Volleys from Herrsching, South Germany. This summer he will shine on the international beach volleyball courts. And he takes Eurosport nutrition sports nutrition with him wherever he goes.

The WWK Volleys – who have the conspicuous nickname Geilste Club der Welt – once again had a very strong season. For the fifth time in a row, the Bundesliga team led by coach Max Hauser made it to the quarterfinals of the play-offs for the German Championship. In the semi-finals of the national cup, Netzhoppers Königs Wusterhausen turned out to be too strong after five sets.

Looking back, Laurenz Welsch has mixed emotions. “Because of Dave Wiezcorek’s injury, I was given an important role early on and, at the age of just 17, I was quickly accepted and respected by the team. In that sense, it has been a very positive season for me. I gained significant experience at the highest level in Germany. I was able to learn a lot from the experienced players, and for that I am very grateful. I achieved my own personal goal, which was to make my debut. But it’s a shame that we couldn’t celebrate the success with our fans, due to the corona virus.”

This summer is all about beach volleyball for Welsch. He will be participating in the European Championship (Under 20) in Turkey, in the German Championship (Under 19) in Kiel, Germany, in the Bayerische Beach Tour (locations: Munich, Kempten, Mühldorf) and in the German Beach Tour (locations: Düsseldorf and Hamburg). The grand final of the beach volleyball campaign is the World Championship (under 19) in Thailand. “It will take some getting used to again this summer. Beach volleyball, with its stands on the most beautiful beaches in the world, always attracts a lot of fans. Hopefully times are going to change soon so that the numerous fans can come down and enjoy the rallies and the victories once again.” 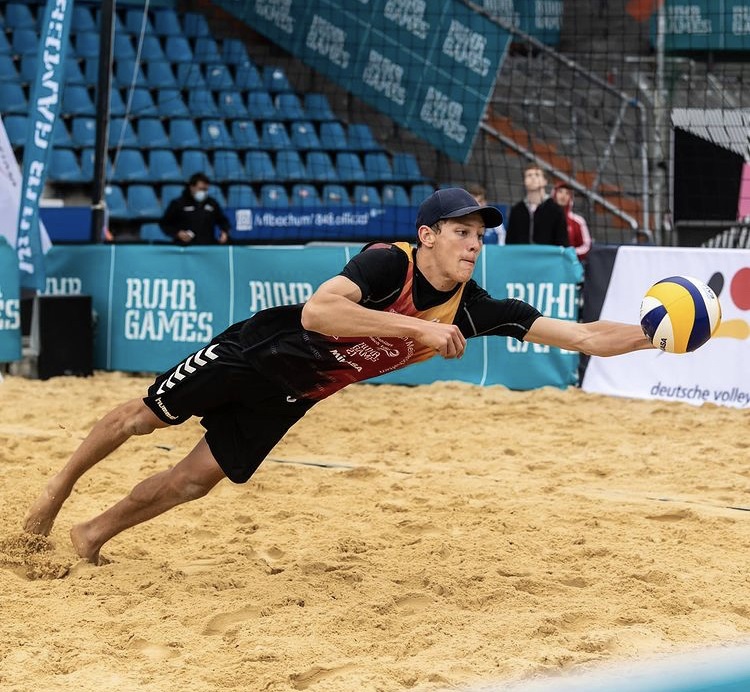 Welsch’s sidestep to the beach volleyball courts was a nice change. “It’s great to play in the sand with just the two of you. But as time goes by, you also start looking forward to playing volleyball as a team indoors. Anyway, for a young player like me it’s important to play as much as possible, wherever you can. It’s good for my development, although I must say that both sports have different challenges – so I might have to choose one or the other someday. The biggest challenge in beach volleyball is the court itself, with ever-changing conditions in the sand. It’s a lot more tiring. When preparing, it’s therefore important to train the specific beach volleyball techniques in the sand. The cut shot, for example, is of course something you don’t use indoors.”

Welsch also makes specific choices in nutrition during the beach volleyball season. “It’s fundamentally important to have a balanced diet. In addition, you have to remember that you’re playing in the summer, often at high temperatures and in the blazing sun. So hydration is of the utmost importance, as well as providing your body with sufficient electrolytes and minerals. The Eurosport nutrition Isotonic Sports Drink is great, it helps you get the best out of yourself, and apart from that, it tastes good. Beach volleyball often involves multi-day tournaments. And generally you play two or three games a day. Quick supply of energy is the highest priority. The Energy Gels and Energy Bars, with the 2:1 ratio of glucose to fructose, fulfil a great need.” 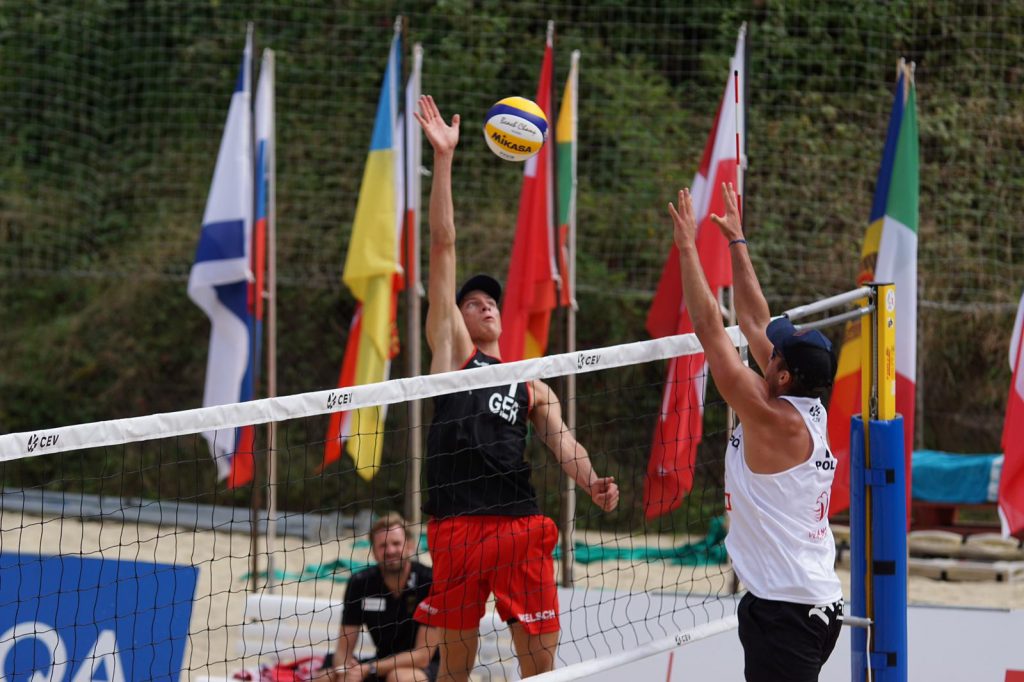 The next volleyball season starts in October. Welsch’s and the team’s ambitions are high, both in the German Bundesliga and Cup and in the Challenge Cup, the second most important European competition for which the WWK Volleys has qualified. “With the WWK Volleys we want to build on the success of last season and take the next step in the national cup and the play-offs. Especially the experience we gained from the Challenge Cup should help us get further. We hope to play against a well-known opponent and to grow as a team at an international level,” says Welsch, who himself hopes to become an even more complete player next season. Especially on a physical level, he hopes to be able to raise the bar a lot higher.

“When I compare myself to those in my age group on a national scale, I can keep up with my level perfectly well. Yet I am also aware that I am only at the beginning of a long career and that I still have to make the step to the absolute top. I want to do that step by step. Both at the WWK Volleys and during the German Beach Tour I want to further develop my skills, so that in the long run I can be a determinant player during competitions and I can be successful. My biggest goal is to one day become German champion in both beach and indoor volleyball.”